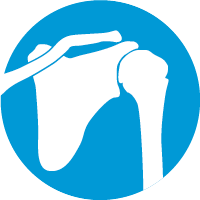 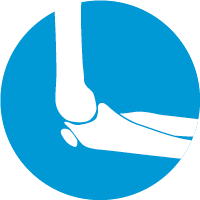 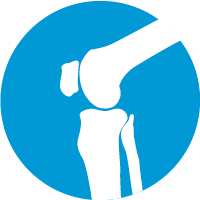 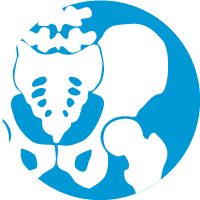 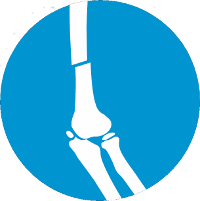 The knee is a very mobile joint with a complex interplay of three bone with strong muscles and ligaments. In the young patient the knee presents usually with pain and or instability. The instability can affect the patellofemoral joint or the tibiofemoral joint. The Anterior Cruciate Ligament is the most commonly injured ligament of them all. It commonly leads to instability that requires surgical reconstruction. The pain can come from articular cartilage damage, meniscal injury or ligament injury or tendinopathy.

In the middle age to elderly the knee often wears out leading to pain and stiffness. This is initially managed with a variety of non-operative modalities but when these fail there are surgical solutions.

A condition characterized by a local collection of synovial fluid within or adjacent to the meniscus.

Abnormal development of the meniscus leads to a hypertrophic and discoid shaped meniscus.
Discoid meniscus is larger than usual.
Also referred to as "popping knee syndrome".

Rupture to the Anterior Cruciate Ligament. Often causes ongoing instabilty and swelling in the knee.

Ruptures to the Posterior Cruciate ligament may be isolated or combined and often go undiagnosed in the acutely injured knee.

The medial collateral ligament is both a primary and secondary valgus stabilizer of the knee. It is the most commonly injured ligament around the knee.

LCL Injury of the Knee

Often a missed diagnosis. The proximal fibula articulates with a facet of the lateral cortex of the tibia, distinct from the articulation of the knee.

Inflammation of the suprapatellar tendon of the quadriceps muscle.

(Housemaid's Knee) Swelling and inflammation of the anterior knee. The most common bursitis around the knee.

A condition characterized by excessive friction between the iliotibial band and the lateral femoral condyle.

Can be classified into the following;

Rupture of the quadriceps tendon leading to disruption in the extensor mechanism.

Disruption of the tendon attaching the patella to the tibial tubercle (the patella is a sesamoid bone making this a tendon, not a ligament.

Osteonecrosis of the Knee

Cartilage degeneration of the knee. It can affect the patellofemoral joint (PFJ) and/or the tibiofibular joint. It manifests itself as stiffness and pain.